Teenagers at a Party, 1947 Tulsa, Oklahoma. Photo by Nina Leen for the LIFE Magazine.

“LIFE reported they ‘munch doughnuts and sip cokes whenever they are not dancing with serious faces to sentimental music.'” 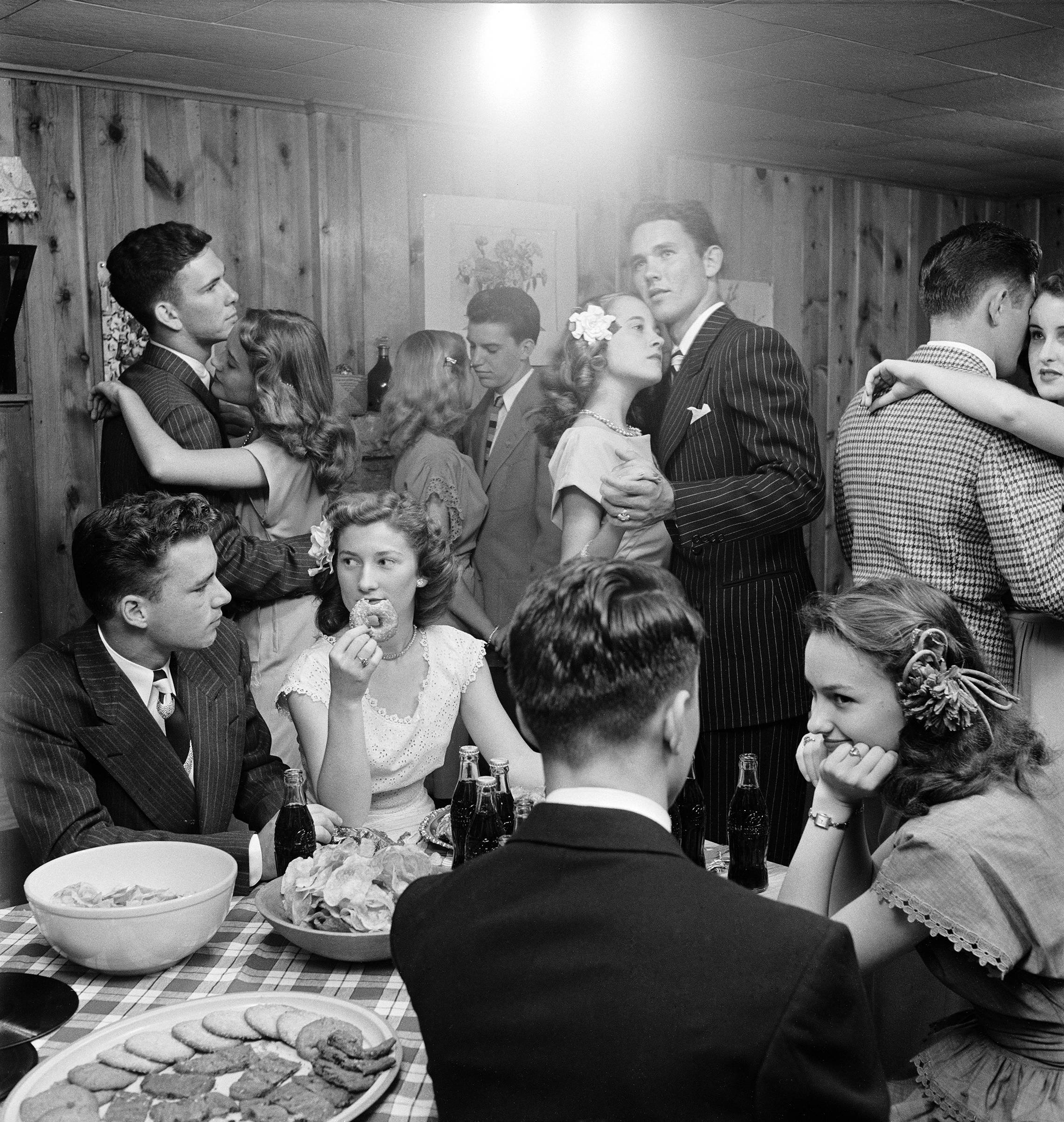 Posted by NJBiblio on February 5, 2019 in Daily Photo

Couple at the sideshow, July 1942 Klamath Falls, Oregon. Photo by Russell Lee for the Office of War Information. 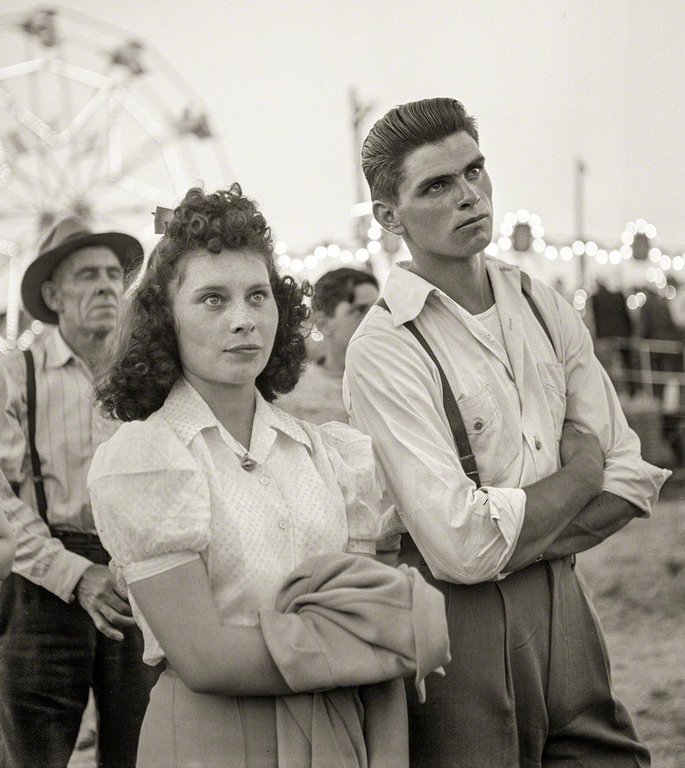 Posted by NJBiblio on February 4, 2019 in Daily Photo

The name Coney Island is synonymous with amusement parks and entertainment from the late nineteenth and early twentieth centuries.  This image of the Dreamland park shows Coney Island at its height — all of this pictured would be destroyed in a fire only 6 years later.  Compare the revelers here to those you might see in an amusement park or on a boardwalk today!  There is a great history of Dreamland here.

Posted by NJBiblio on February 10, 2017 in Daily Photo

Festivus for the Rest of Us — Infographic

A Festivus for the Rest of Us

Introduced as part of a 1997 episode of Seinfeld, the concept of Festivus — a holiday for everyone sick of the other holidays this time of year — has taken on a life of its own.  Always celebrated on December 23, Today’s infographic gives you a crash course on the main highlights of a Festivus celebration.  Now, grab that Festivus pole, air your grievances and warm up for the Feats of Strength — it’s time to rumble.  [VIA]

Posted by NJBiblio on December 23, 2016 in Infographics

The Life of Walt Disney — Infographic

The Life of Walt Disney

Fifty years ago today, we lost one of the greatest creative minds the world has ever known — Walt Disney.  From his humble beginnings as a doodler in Marceline to the head of a multifacted media and entertainment empire, “Uncle Walt” could seemingly do it all.  “If you can dream it, you can do it” was one of his favorite quotes and one that I always have believed in, no matter how tough things have become.  Today’s infographic takes a brief look at the early career, and later highlights of this brilliant man.  [VIA]

Posted by NJBiblio on December 15, 2016 in Infographics

Happy 87th Birthday MICKEY MOUSE!  On this date in 1928, according to the Disney Wiki, Steamboat Willie, the first cartoon starring the famous mouse, and arguable, the first cartoon ever with synchronized sound, was released. From these humble beginnings, an entertainment empire was born.  As Walt always said, “”I only hope that we don’t lose sight of one thing – that it was all started by a mouse.”

All videos are owned by their respective YouTube channels and users and are embedded here for your benefit to use in class in compliance with the appropriate copyright provisions. Mickey Mouse owned by the Disney Corporation, and is posted here for educational purposes only.

Posted by NJBiblio on November 18, 2015 in Daily Video

This wonderful poster from Abby Ryan Design in Philadelphia takes a look at popular toys from the past 50 years.  If you like this, there is a poster of this infographic available on etsy.

Posted by NJBiblio on January 2, 2014 in Infographics

Washington, D.C. “World Series of 1933, Nationals-Giants. View of diamond, first game at Griffith Stadium.” Which would be Game 3 on October 5. In the team’s only win of the Series, Washington shut out New York 4-0, with President Roosevelt in the stands. Nitrate negative by Theodor Horydczak.

(This would be the last playoff baseball in Washington DC until 2012 when the Nationals played the St. Louis Cardinals in 2012.)

As we approach the halfway point of 2013, let’s take a look back at life today compared to that of 100 years ago.  We’re beginning to enter an age now when 100 years ago was relatively modern by most standards in technology and entertainment, leading to many more tangible comparisons we can easily relate to, or even have access to, such as the top movies or songs.  Today’s infographic gives us a snapshot of life as it is today in 2013 and was in 1913 in the United States.

Posted by NJBiblio on June 7, 2013 in Infographics