Use the images posted in this feature for writing prompts, warm-up activities, drawing templates or as part of an artwork critique. 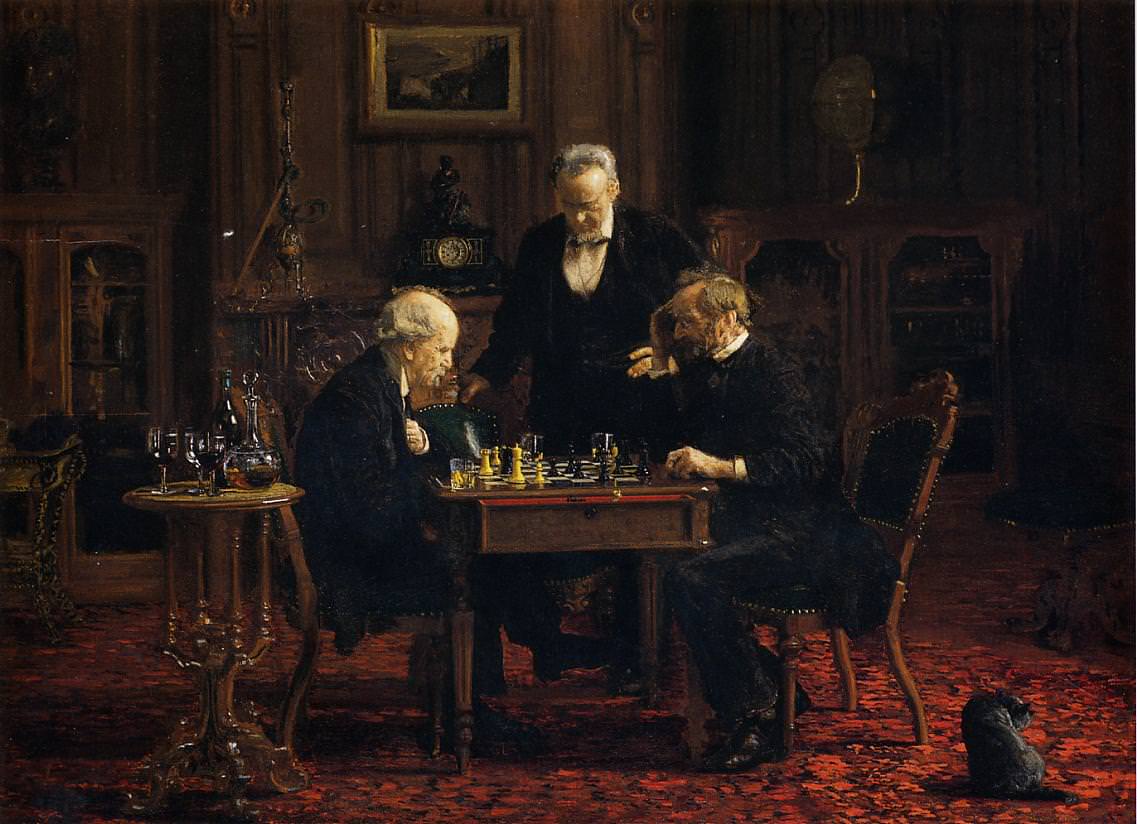 What Is Your Acromyn IQ? — Infographic

What is Your Acronym IQ?

Test-speak and emojis are creeping into more and more areas of our life, even to the point that they’ve entered the dictionary as words in their own right.  How many of these do you really know though?  Try this fun game to see how many you either know or can guess and see how far you can make it on the path.  Check out the interesting “Did You Know” bits as well.  A score is found at the bottom!  How did you score?  [VIA]

Posted by NJBiblio on January 12, 2017 in Infographics

From the Numberphile YouTube Channel, this video looks at statistics, probability, and game theory as well as human behavior to provide you an almost(?) unbeatable strategy for winning at Rock-Paper-Scissors.  (No mention about Lizard & Spock)

Posted by NJBiblio on November 10, 2015 in Daily Video

c1901.  A pair of shoeshine boys play a quick game of dice on the steps in an unknown city at the dawn of the 20th century.

Posted by NJBiblio on April 9, 2014 in Daily Photo

Are you bored?  Looking for something to do?  Do you want to learn or try some new and fun skills?  If so, check out this cool little site — Show Off.

Show Off is the promotional site for a book by the same title that is a “how-to” book for kids.  They promote over 208 pages with 1500 illustrations that walk you step by step through some interesting activities that can easily alleviate boredom and teach you some new life skills at the same time.  I clicked through a few times and got activities like building a solar compass, learning how to skip a stone, how to dry and press flowers, and how to encode secret messages.

Each “lesson” in Show Off is about 4-5 panels long and even though the activities look easy, you will spend a good deal of time practicing and perfecting each one.  So, what should you do today?

As I’ve gotten more and more requests for our managed iPad cart, along with it have come requests to add more and more apps.  One of our Special Education Math teachers was looking for a fun game that would allow students to compete against each other in a way, but also against themselves but still be fun, engaging, and always different.  Enter Alge-Bingo!

Alge-Bingo is a pretty straightforward bingo game, but instead of simply having the computer call out numbers to dot, the students need to solve simple algebraic equations to find their number.  Some of the questions they might encounter are x + 3 = 5 or 8 = 16 – 4x, for example.  Students solve the equation and then look for the number to dot.  Once they have a Bingo they win!

Alge-Bingo allows for a good deal of diversity in the game itself to keep it new and interesting each time.  In addition to having different equations and locations for solutions on the bingo card, students can choose which pattern they would like to solve to get their bingo.  They can choose from nine options including traditional lines, corners, Z-shape, L-shape, or to get the most out of their practice a blackout game where they have to solve for all the numbers on the grid.

Alge-Bingo is available in the App Store for a small cost of $0.99 per unit, but it is well worth investigating for your iPads, or to suggest to students who might be in need of some extra help and would benefit from having it in the form of a fun game.

Math vs. Zombies is a very fun math game for the iPad that pits students’ math skills against swarms of the undead.  To defeat the approaching masses of zombies, students must correctly answer simple arithmetic problems that increase in difficulty as they progress through the levels.  You can choose from addition, subtraction, multiplication or division for the problems, and set initial difficulty levels in Math vs. Zombies to help reinforce skills or challenge students.

Because of some cartoon violence (it’s really cheesy), some scary audio (groaning Zombies) and mild horror, Apple has rated Math vs. Zombies as appropriate for ages 9+.  Please take this into consideration if you are planning on using this with your students.  Any student in a higher elementary grade, or even a struggling high school student, would love Math vs. Zombies as a fun game activity or as reinforcement without making it seem like work!